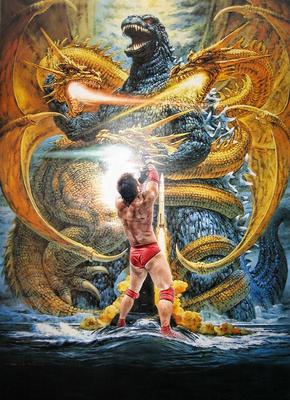 #73
Greatest MMA Grappler of All Time

Ikuhisa Minowa may not have the most impressive professional record at first glance, having lost almost half of his fights, but upon closer inspection, his record is dotted with some of the biggest names in the history of the sport. During his time with Pride, Dream, K-1, and other Japan-based promotions, Minowa has stepped into the ring with the likes of Evan Tanner, Semmy Schilt, Chris Lytle, Paulo Filho, Ricardo Almeida, Quinton “Rampage” Jackson, Wanderlei Silva, Kazushi Sakuraba, and Mirko “Cro Cop” Filipovic.

While he was incredibly inconsistent during the first half of his career, Minowa has evolved—through sheer ring experience—into one of the most respected and dangerous submission specialists in Japan, as he often overcomes extreme physical disadvantages by catching larger opponents in leg locks. Minowaman will never be a world-beater, but he likely has the record for combined weight of previous opposition, and the fan favorite fighter has never shied away from a challenge.

In short, count this man among those you can never count out.

Highlight  |  "The Lords of the Ring: The Return of the Minowaman" by GravityEyelids report dead link

MMA video maker Damien looks at Ikuhisa "The Punk" Minowa, aka Minowaman, in this highlight video.