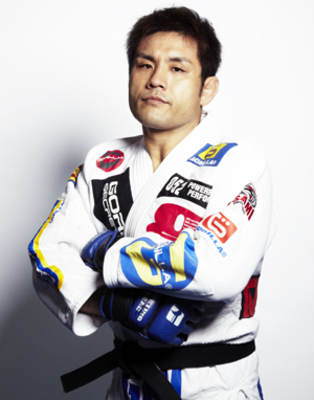 Sanae Kikuta is ineligible for regional rankings due to inactivity.
Fighters must have at least one completed MMA bout in the past two years to be ranked.

Kikuta has fought in many prolific promotions including Pride, Shooto, Pancrase, UFC, Sengoku, and Grabaka. His background is Kickboxing and Judo. He won the Kanto Judo Middleweight class in middle school and in high school he won the 86 kg class at the National Athletic High School Meeting. In university he learned Judo under the legendary Olympic gold medalist Toshihiko Koga. After High school he traveled to Australia to learn Kickboxing. When he returned he won the Heavyweight class of the All Japan Amateur Shoot Boxing Championship. He is the former Pancrase Light Heavyweight champion. He holds notable victories over Egan Inoue, Masanori Suda, Takafumi Ito, Eugene Jackson, Kazuo Takahashi, Ikuhisa Minowa, Eduardo Pamplona, Elvis Sinosic and Hidehiko Yoshida.

Kikuta started off his career winning the 1996 and 1997 Tournament of J. He went 3-1-1 in Pride with his only loss coming to Renzo Gracie. Kikuta is also 1-0 in the UFC with his win coming against Eugene Jackson.