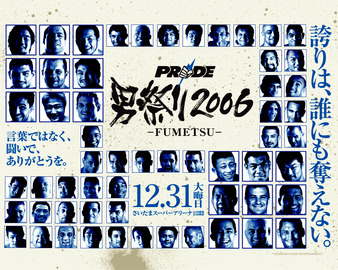 While Pride Shockwave 2006 had been shaping up to be the best event of the year, it ended up being mediocre at best, as 2006 Openweight Grand Prix Champion Mirko Filipovic was unable to fight Fedor Emelianenko for the Heavyweight Championship due to foot surgery, while Josh Barnett also refused to fight, citing various, somewhat contradictory reasons. Instead, Mark Hunt took on Emelianenko, and was defeated in the first round with a Kimura after gaining top position on Emelianenko and threatening with a Kimura of his own.

Although Barnett had stated prior to the event that he was not in the best condition to face Emelianenko, he fought on the same card, losing a Unanimous Decision to Antonio Rodrigo Nogueira.