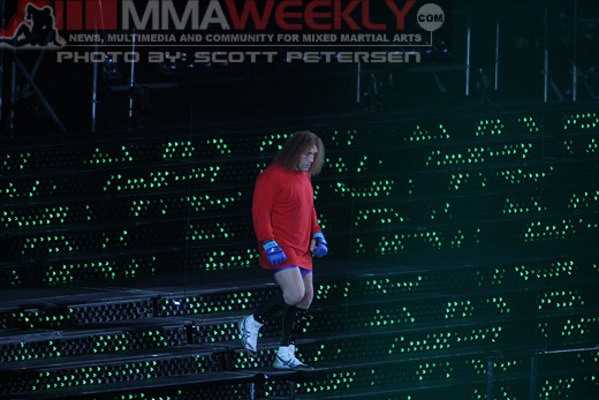 Paulo Cesar Silva is ineligible for regional rankings due to inactivity.
Fighters must have at least one completed MMA bout in the past two years to be ranked.

One of the more interesting characters to ever grace the MMA ring was Paulo Cesar da Silva, more commonly known in North America as “Giant Silva,” once a member of the Brazilian national Olympic basketball team as well as a member of the World Wrestling Federation during the 1990s.

Silva made his professional MMA debut in 2003 at Pride Shockwave 2003, losing to veteran heavyweight Heath Herring in the third round by Rear Naked Choke. Although he won his next bout with a Kimura, Silva would lose his next five fights, all of them in the first round, against a variety of Pride’s A and B-level fighters. The only other win of the 7’2” Silva’s career came in 2006, when he defeated famed Sumo wrestler Akebono with a Kimura in the first round. Giant Silva nevertheless remains a fondly remembered character from Pride’s strange early days.