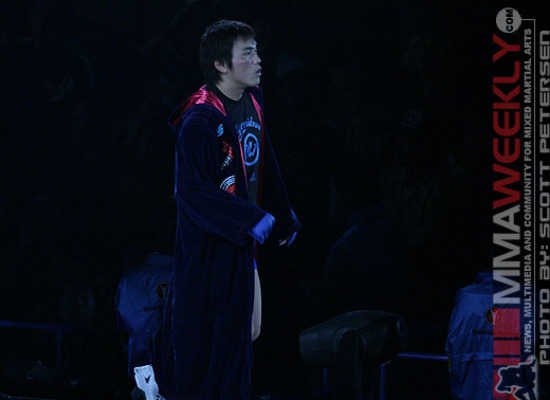 A veteran of Pride FC, the UFC, and a host of other top MMA promotions, Yuki Kondo has competed with many of the best and baddest men in MMA, including Semmy Schilt, whom he defeated three times, Frank Shamrock, whom he knocked out, and many others. Although he has fought some of the greatest champions of his time, Kondo never won a major world title, losing to Tito Ortiz in a bid for the UFC Light Heavyweight Championship in 2000. Many also picked Kondo to win by upset in his 2004 challenge to Pride’s middleweight (205lb.) champion Wanderlei Silva, but it was not to be, as Silva finished Kondo via a series of brutal foot stomps in Round 1.

While many of the fighters of his time have called it quits on active competition, Kondo still keeps up an active schedule and even won the Pancrase Middleweight Championship in 2010 by defeating Ichiro Kanai. He recently turned the corner on 80 professional bouts to his name and shows no signs of letting up.