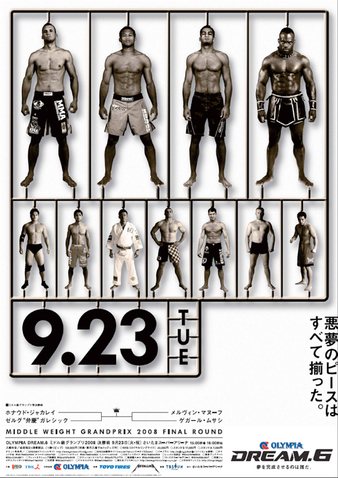 In the Finals of the 2008 Middleweight Grand Prix, the injury bug that plagued the Lightweight Grand Prix relented, as Gegard Mousasi submitted Melvin Manhoef in the Semifinals before knocking out submission specialist Ronaldo Souza with an upkick in the Finals to take the belt.

In other action, Mirko Filipovic fought Alistair Overeem in a highly anticipated heavyweight showcase. Unfortunately, repeated strikes to the groin by Overeem made it impossible for Filipovic to continue, resulting in a No Contest in a fight that Overeem was winning.