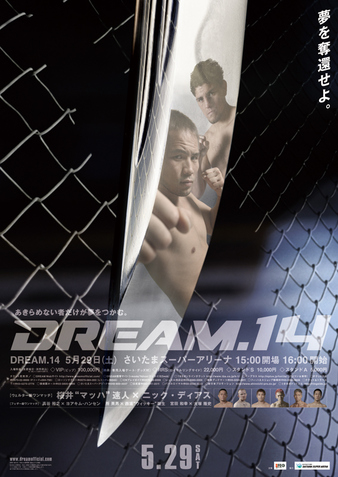 After introducing the white cage at Dream 12 in October of 2009, the promotion went back to the gimmick for their second event of 2010. In the main event, Nick Diaz—who stated prior to the fight that he disagreed with the use of a cage in Japanese MMA—defeated Hayato Sakurai via Armbar in the first round. In other action, Ralek Gracie won a Unanimous Decision over “The Gracie Hunter” Kazushi Sakuraba, while Hiroyuki Takaya knocked out a fading Joachim Hansen in the first round. After winning the 2008 Lightweight Grand Prix, Hansen had lost back-to-back fights at featherweight since moving down.