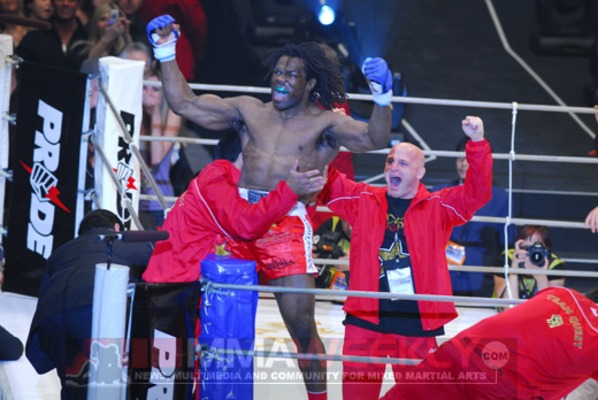 Rameau Thierry Sokoudjou is ineligible for regional rankings due to inactivity.
Fighters must have at least one completed MMA bout in the past two years to be ranked.

After bursting onto the scene in 2007 with back-to-back knockouts over Antonio Rogerio Nogueira and Ricardo Arona—two of the greatest light heavyweights in Pride FC—Rameau Thierry Sokoudjou was labeled one of the top up-and-coming talents in any weight class. Unfortunately for Sokoudjou, he was fed to the wolves of the UFC light heavyweight division, and failed to live up to the hype. Sokoudjou was submitted by future champion Lyoto Machida and was promptly cut from the UFC following a knockout loss to Luiz Cane in 2008.

A world-class Black Belt in Judo with real knockout power, Sokoudjou still has the potential to become a world-beater, but has yet to fulfill his early promise against top competition.