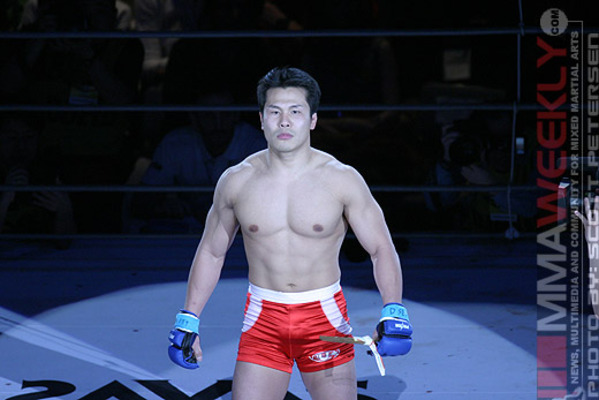 Kiyoshi Tamura is ineligible for regional rankings due to inactivity.
Fighters must have at least one completed MMA bout in the past two years to be ranked.

One of the most famous and popular Japanese mixed martial artists in history, Kiyoshi Tamura made the move from professional wrestling to mixed martial arts in 1995. Known for his catch wrestling ability as well as his penchant for making pro wrestling matches extremely realistic, Tamura was surprisingly successful in mixed martial arts competition, earning victories over the likes of Patrick Smith, Maurice Smith, Tsuyoshi Kohsaka, Renzo Gracie, Jeremy Horn, Pat Miletich, Ikuhisa Minowa, and Kazushi Sakuraba during his lengthy career. In 2008, Tamura finally defeated rival Sakuraba in one of the featured bouts of the year-end show. Pride had unsuccessfully attempted to put the fight together for years because of both fighters' involvement with UWFi wrestling.