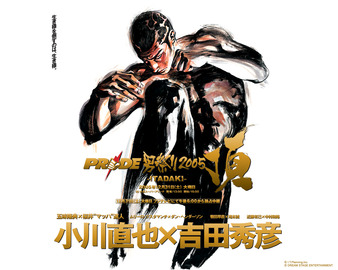 #50
Greatest Event of All Time

In the featured bout of the evening, Pride Middleweight Champion Wanderlei Silva defeated Ricardo Arona in a rematch of their bout from the 2005 Middleweight Grand Prix, which Arona had won via Decision. The depth of the grudge between Silva and Arona proved more compelling than the bouts themselves, however, as the two men largely nullified each others’ games in extremely hard-fought but tight inside action in each other’s guards.

At year end 2005, with Pride Shockwave now concluded, it was clear that Pride was the largest and most significant MMA promotion in the world. Yet the high water mark for Pride also proved a turning point, as the introduction of the UFC’s reality television series along with more prudent spending would result in a stunning reversal of fortune for the two promotions over the next two years.

Video of the opening ceremony to Pride's annual Shockwave series from 2005. 2 of 2.

Video of the opening ceremony to Pride's annual Shockwave series from 2005. 1 of 2.