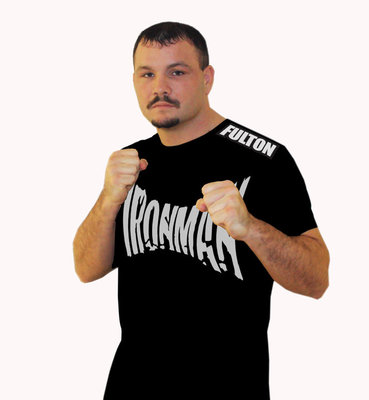 Travis Fulton is ineligible for regional rankings due to inactivity.
Fighters must have at least one completed MMA bout in the past two years to be ranked.

Travis Fulton, a fighter from Iowa who earned a place in MMA's record books due to the enormous volume of bouts he participated in, was found dead due to an apparent suicide on July 10, 2021 in a jail cell. Fulton had competed in at least 300 mixed martial arts bouts spanning from 1996 through 2019. In 1999 Fulton competed twice in the UFC, the sport's most well-known organization, earning one loss and one win. The vast majority of Fulton's unusually lengthy fighting record were bouts in smaller regional events. Fulton was indicted in February 2021 on child pornography and assault charges and had been jailed while awaiting trial.

In a sport where experience is a key component of success, Travis Fulton is by far the most experienced fighter in sanctioned MMA history. He has competed in over 300 cagefights since turning professional in 1996. At an astonishing rate Fulton has completed in a professional MMA or Boxing match every 5.6 days since turning pro. By comparison, his next closest rival in total bouts, Dan Severn, has just rounded the 100 fight mark. In fighting experience and longevity, Travis "Ironman" Fulton simply has no equal.

Although he has fought many high-profile fighters, and holds notable victories over Heath Herring and Joe Riggs, Fulton’s record is also peppered with fights against lesser competition on local shows. What is most impressive is his ability to fight on such a consistent basis without incurring severe injuries. 2009 was an uncharacteristically slow year for Fulton, as he only competed in seven fights during that stretch. He bounced back in 2010 to continue averaging a fight a month.

Travis seems to be fighting MMA seldomly within the last few years but has been keeping himself busy with boxing matches and he has had over 30 of those.

In a 2013 interview with Vice: Fightland, Fulton opended up about his feelings towards being only known as a fighter.

If someone wants to make conversation with me, they’ll bring up something about fighting, assuming that that’s what I’d want to talk about. It’s like my identity. So I guess, really, the only reason I fight even once a year—and I’ll probably end up with two or three MMA fights later this year—is just kind of keeping my name out there. Showing people that I still exist.

Later in the interview he admitted that age is beginning to catch up to him and his frustration with "being in the right place, at the wrong time" as he never made much during about bout. Currently Fulton drives a semi-truck and is in other business venture. He admits this line of work is a better earning than he could ever hope for in fighting. With his last fight on 29 March, 2014 that may have been the last time Fulton will ever enter the ring as he stated in the Fightland interview he isn't a big enough name to headline an event and finds it difficult to find opponents to fight a guy with over 300 bouts, while they are in the single digits.

Whatever the case Fulton will always been known to MMA fans around the globe as the man who has the most fights and wins in MMA - double 2nd place in both records.