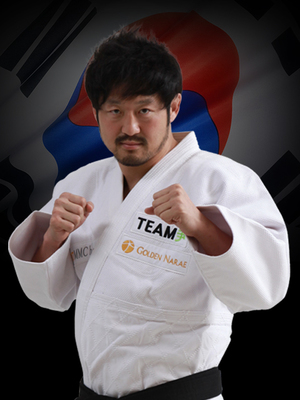 Dong Sik Yoon is ineligible for regional rankings due to inactivity.
Fighters must have at least one completed MMA bout in the past two years to be ranked.

Before competing in MMA, Yoon was a well-known judoka with over 50 international judo competitions under his belt and had a winning streak of 47 straight victories without conceding a single koka, with notable wins over World champions and Olympic gold-medalists such as Makoto Takimoto, Mark Huiziniga, Jeon Ki-Young and Toshihiko Koga. Despite his impressive resume, Yoon never competed in the Olympics; hence he was given a nickname Judo King Without a Crown.

Yoon made his MMA debut at PRIDE Total Elimination 2005 against legendary Japanese fighter Kazushi Sakuraba. It was a heavily anticipated match in both Japan and Korea due to the rivalry between the two nations and it was Sakuraba's comeback match after a ten month absence due to injuries. With a lack of MMA experience and knowledge, Yoon lost to Sakuraba only 38 seconds into the match. After the match, Yoon accepted the offer to join Sakuraba's Takada Dojo. Yoon tasted his first victory in MMA at the K-1 Dynamite!! USA event, where he scored a surprising submission win over heavily favored Dutch kickboxer Melvin Manhoef. Yoon went on to win his second consecutive fight at HERO'S by beating former Cage Rage champion Zelg Galesic by armbar after only 1 minute 29 seconds.

On October 28, 2007 Yoon also beat Fabio Silva by armbar submission making that his third win in K-1 Hero's, his third victory in MMA, and his third consecutive win by armbar. His newfound propensity for finishing opponents with an armbar led to fans and journalists dubbing the move the "Dongbar" when performed by Yoon.

He was scheduled to face Paulo Filho on October 25, 2009 at DREAM 12, however Filho withdrew at the last minute for unknown reasons. Yoon then faced last minute replacement Tarec Saffiedine and won via split decision.

After more than a 3 year absence from competing in MMA, Yoon returned on February 2, 2013 at Korea MAX 2013 & Wulinfeng vs. The Khan to face Ryo Takigawa. Hoon took Takigawa down early in the first, landing in mount where he punched his way to a submission victory. Yoon later faced fellow Korean Yong Hwan Jung at Revolution 1: The Return of Legend, defeating Jung via his patented Dongbar in only 46 seconds.