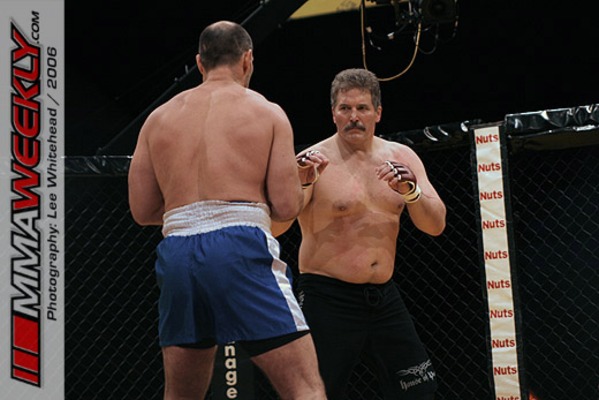 Dan Severn is ineligible for regional rankings due to inactivity.
Fighters must have at least one completed MMA bout in the past two years to be ranked.

Remembered also for his work in Japanese professional wrestling, trailblazing mixed martial artist Dan Severn remains one of the most respected fighters in the sport’s history, and one of only a few men to be inducted into the Ultimate Fighting Championship's Hall of Fame. Severn was an All-American in wrestling for Arizona State as well as a US Olympic team alternate. Professionally Dan won the NWA World Heavyweight Championship in wrestling two seperate times.

Highlighted by career wins over Oleg Taktarov, Ken Shamrock, Tank Abbott, Forrest Griffin, and Justin Eilers, Severn has one of the lengthiest resumes in the sport, having fought in well over 100 professional contests since his debut in 1994. Severn was the winner of the UFC Ultimate Ultimate 1995 Tournament as well as the UFC 5 Tournament, often utilizing his background in Greco-Roman wrestling and combat Sambo to gain an edge on his opponents.

Dan not only fought in the UFC but was actually a referee for at least one fight.  He is now retired and finished was a very impressive record with wins that mostly came after his fortieth birthday.