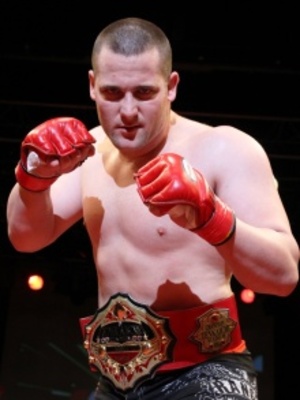 Justin Morton is ineligible for regional rankings due to inactivity.
Fighters must have at least one completed MMA bout in the past two years to be ranked.

That Guy, whose real name is Jay Morton, is a US patriot missile operator maintainer stationed in Okinawa, Japan. His background is in wrestling having started as a Sophomore in high school, he gave up wrestling in college to enlist in the army. While stationed in Japan he took up MMA, his lone loss coming against former DEEP Megaton champ Crusher Kawaguchi. For his upcoming fight he is dropping from HW to MW to challenge for the Tenkaichi belt.