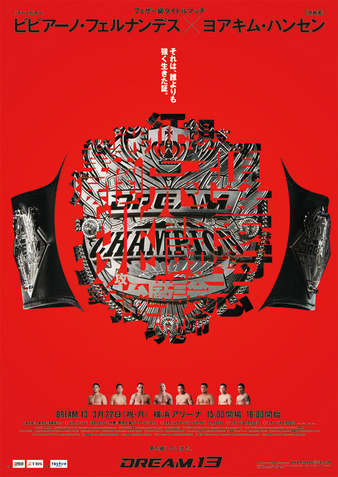 In the first event put on by the promotion in 2010, Dream 13 again featured no tournament action. In the main event, Featherweight Champion Bibiano Fernandes defended his title against former lightweight fighter Joachim Hansen, winning a Split Decision over the Norwegian striker.

On the undercard, heavyweight Josh Barnett earned an easy win over Siala “Might Mo” Siligia with a first-round Kimura, while KJ Noons made a successful return to MMA by defeating Andre Amade via Unanimous Decision.