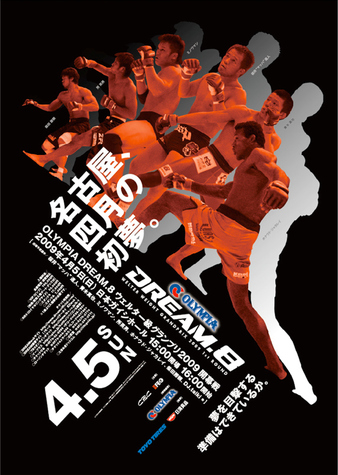 The eighth event put on by the upstart Dream promotion kicked off the 2009 Welterweight Grand Prix, which featured just eight participants instead of the 16 featured in the promotion’s previous tournaments. Andre Galvao, Marius Zaromskis, Jason High, and Hayato “Mach” Sakurai all advanced to the Semifinals with victories.

Although Nick Diaz was originally rumored to be a participant in the Grand Prix, he was unable to participate due to his commitment to an April Strikeforce event.