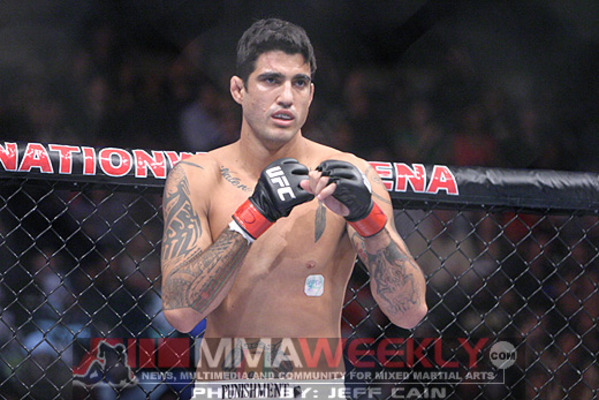 Kendall Grove is ineligible for regional rankings due to inactivity.
Fighters must have at least one completed MMA bout in the past two years to be ranked.

Native Hawaiian Kendall “Da Sypder” Grove found his entrance into mixed martial arts as a high school wrestler in Baldwin High School in his hometown of Wailuku, Hawaii, and from there transitioned to fighting in Rumble on the Rock and similar local promotions. Grove found his mature MMA identity during the course of Season 3 of the UFC’s long-running reality series, The Ultimate Fighter, where he met “The Huntington Beach Bad Boy,” Tito Ortiz. Ortiz and Grove established a bond, and Grove credited Ortiz with instilling in him the discipline and high level work ethic that propelled him to future success in the UFC promotion.

It is fair to say, however, that “Da Spyder” was underestimated by most during the course of his Ultimate Figher run and, perhaps owing in part to his lanky frame, when Kendall entered the Ultimate Fighter 3 Finale against Ed Herman in June of 2006 most still viewed him as an upstart and underdog. Grove beat Herman to take the TUF 3 crown, and went on to notable success in the UFC, including wins against Alan “The Talent” Belcher, the late Evan Tanner, and Jake Rosholt.

Grove’s potent MMA game revolves around his extremely slick Jiu-Jitsu, his endless gas tank, and his excellent use of a thin but deceptively powerful 6’6” frame. Grove also sports excellent takedown defense, an essential trait as he has been forced to face a squadron of powerful wrestlers in his most recent few years in the UFC.

Episode 3 Grove def. Ross Pointon by Rear Naked Choke at 3:45 of Round 1

Episode 10 Grove def. Kalib Starnes by Submission (Rib Injury) at 0:30 of Round 3