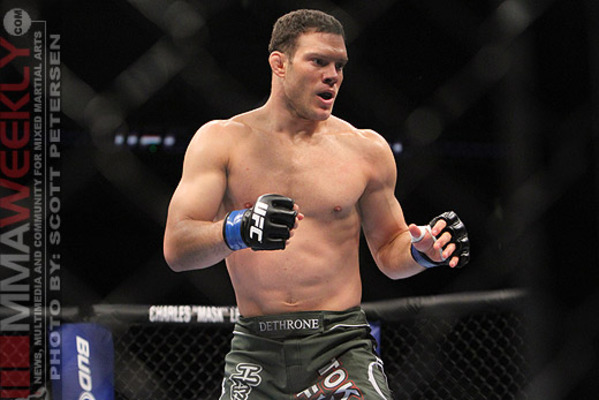 #65
Greatest MMA Grappler of All Time

Ricardo Almeida is ineligible for regional rankings due to inactivity.
Fighters must have at least one completed MMA bout in the past two years to be ranked.

Ricardo Almeida has one of the most respected grappling pedigrees in the UFC. He is a 3rd degree Brazilian Jiu-Jitsu black belt under the legendary Renzo Gracie. Although he has not taken first place, Almeida has placed in the top three in three ADCC submission grappling tournaments. Almeida made his MMA debut in 2000, spending the majority of his early career fighting in the middleweight division, where he accrued notable victories over Ikuhisa Minowa, Kazuo Misaki, Nathan Marquardt, and Ryo Chonan. Following the Chonan fight, Almeida took three years off from the sport before returning in 2008 when he joined the UFC. After losing to top contender Patrick Cote in his debut, Almeida defeated Matt Horwich and Kendall Grove before dropping down to the welterweight division in the hopes of making a run at the championship belt. Almeida had a good start in his new weight class, choking out Matt Brown at UFC 111, but then suffering a setback in a surprisingly quick submission loss to Matt Hughes.

Although he is a black belt in BJJ, the majority of Almeida’s professional wins have come by decision, and he is well known for his relentless tenacity, physical strength, and ability to take punishment. Almeida has an ability to smother opponents with his takedowns and clinch work, a trait more commonly seen in high level freestyle wrestlers than in Jiu Jitsu fighters.