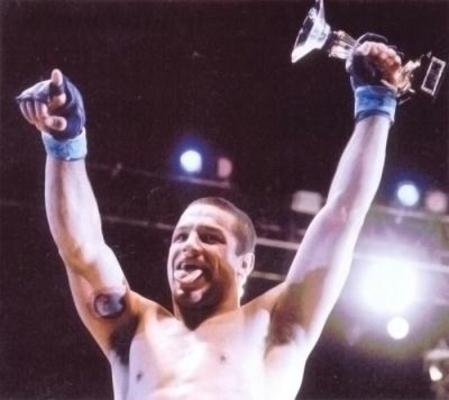 #77
Greatest MMA Grappler of All Time

Ryan Gracie is ineligible for regional rankings due to inactivity.
Fighters must have at least one completed MMA bout in the past two years to be ranked.

Remembered fondly as the “Bad Boy” of the legendary Gracie family, the late Ryan Gracie was a Brazilian Jiu-Jistu black belt, the grandson of Carlos Gracie and the brother of Renzo Gracie. Making his professional mixed martial arts debut in 2000, Gracie defeated his first opponent by knockout in the first round. Ryan became the fourth Gracie to fall victim to “The Gracie Hunter,” Kazushi Sakuraba, in their fight in Pride later that year. While he attained a respectable 5-2 record from 2000-2004 competing for Pride FC, Ryan did not attain the same level of success and recognition as other members of his family.

Ryan was known for his aggressive fighting style, which included some of the most dangerous strikes of any of the Gracie family members. However, Ryan was also notorious for his volatile attitude and run-ins with the law outside of the fighting world. In 2000, Ryan was arrested for allegedly stabbing an individual in a nightclub in Rio de Janeiro. In 2007, he was arrested again for allegedly stealing a car and injuring an elderly man. After being taken to jail to spend the night, Ryan was found dead in his cell at approximately 7:00 a.m. the next morning. The exact cause of his death is still unknown, though tranquilizers administered to him could have played a role. Ryan Gracie is remembered as an important pioneer of Brazilian Jiu-Jitsu and the Pride Fighting Championships.