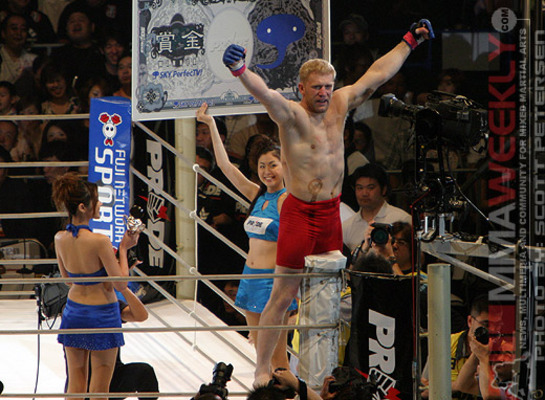 A respected heavyweight striker, Sergei Kharitonov achieved success early on in his mixed martial arts career, going 9-0 and defeating the likes of Murilo Rua and Semmy Schilt. He finally suffered his first defeat to Antonio Rodrigo Nogueira in 2004. Throughout his career, in Pride, K-1, and Dream, Kharitonov has proved to be one of the most consistent heavyweight fighters in the world, holding career victories over Pedro Rizzo, Mike Russow, Alistair Overeem, and Fabricio Werdum.