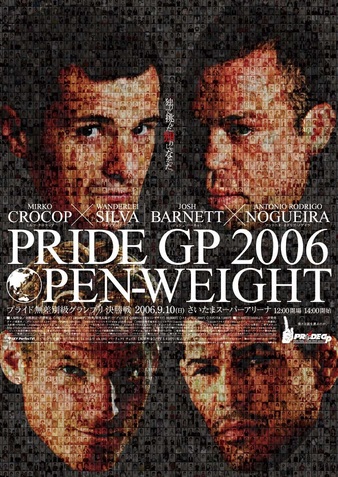 In one of the greatest and most famous events in the history of the Pride Fighting Championships, Mirko “Cro Cop” Filipovic solidified his place as an all-time great in the MMA history books by winning the 2006 Openweight Grand Prix in dominant fashion, finishing both Wanderlei Silva and Josh Barnett (for a third time) with strikes to earn the tournament championship.

The tournament performance was the crowning achievement of Filipovic’s career, and solidified his reputation as one of the best pound-for-pound fighters in the world at the time.

Machinemen gives us this video highlight reel of the three rounds of bouts at Pride's Absolute Grand Prix tournament from 2006.