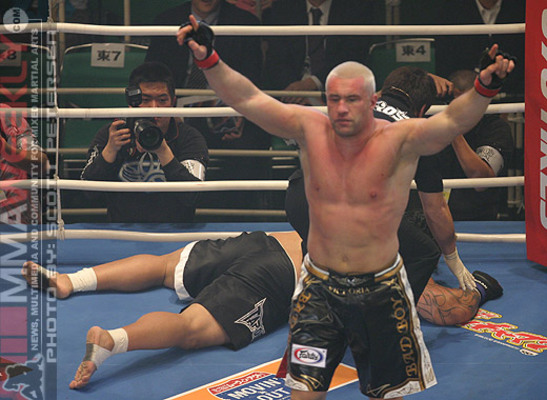 Le Banner is a professional kickboxer, most notably for K-1. He holds blackbelts in Judo and Kyokushin Karate. In kickboxing he was the runner up in the 1995 and 2002 K-1 World Grand Prix. He holds a perfect 6-0 professional boxing record. He has also participated in professional wrestling bouts under the IGF banner.

In August 2015, Le Banner retired from combat sports with a kickboxing bout in his native France. This retirement would be short lived as he is now making a return to MMA at RIZIN Fighting Federation: Iza New Year's Eve event.

Le Banner has been a fan favorite throughout his career thanks to his imposing build and devastating knockout power.