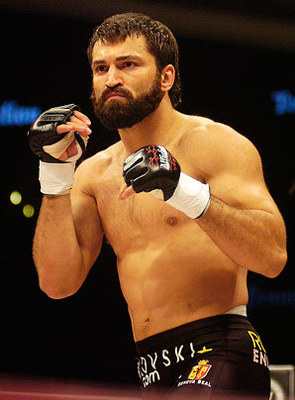 Fighting for a major organization has made Andrei Arlovski ineligible for regional rankings.

Andrei Arlovski began fighting professionally in 1999, and met with ups and downs in the early going. After losing his first fight by knockout in the first round, Arlovski regathered himself and went on a four-fight winning streak, finishing all four of his opponents inside of the distance. He then succumbed to strikes in back-to-back appearances against UFC veterans Ricco Rodriguez and Pedro Rizzo.

Arlovski’s star-making run occurred during a six-fight stretch from 2002-2005 in which he defeated notable heavyweights Vladimir Matyushenko, Tim Sylvia, and Paul Buentello, among others, en route to winning the UFC Heavyweight Championship and defending it one time. Arlovski lost his heavyweight title in a rematch with Sylvia and then went on to lose the rubber match before embarking on yet another winning streak, claiming Ws over Fabricio Werdum, Ben Rothwell, and Roy “Big Country” Nelson. Throughout the ups and downs, Arlovski has consistently fought the top heavyweights in the world, including a bout with the legendary Fedor Emelianenko.

When he first came on the scene in the early 2000s, Arlovski’s main strength was his Russian Sambo grappling base, and he won some of his early fights by way of submission. Later, he adapted his training to a more striking-heavy routine to capitalize on his natural speed and reflexes, and came to be known for his hands. Arlovski is one of the fastest heavyweight strikers in the sport and boasts knockout wins in the majority of his fights. He has also fought as a professional boxer and, in recent years, has spent a significant amount of time training with famed boxing trainer Freddie Roach. Though “The Pit Bull” has been limited by what some believe is a suspect chin, his handspeed, technical boxing ability and one-punch KO power make him a major threat in every single fight. With over 20 fights under his belt, virtually all in major promotions, Arlovski is also now a certified veteran of the game.