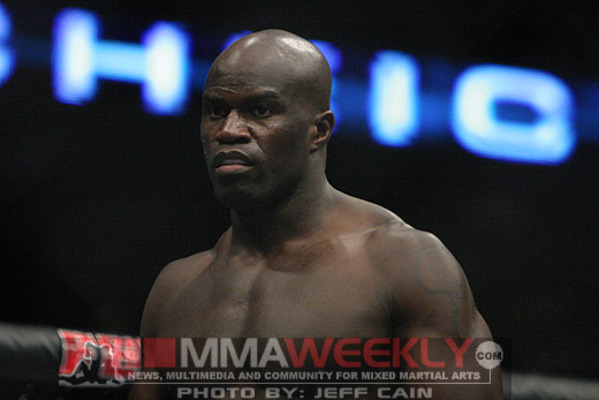 Fighting for a major organization has made Cheick Kongo ineligible for regional rankings.

Cheick Kongo's real name is Cheick Guillaume Ouedraogo, born 17th May 1975.  Outside of the cage, Kongo boasts the title of columnist for Top Fight Magazine and is cousin to famous rugby start Fulgence Ouedraogo. Kongo got his start by training in the arts of Kendo and Karaté being awarded black belts in both disciplines and later down the road added kickboxing, Greco-Roman Wrestling and Muay Thai to round his skills out to become a complete martial artist.  Kongo has also taken on Pencat Silat, an Indonesian martial art which he has been awarded a brown belt in the art.

One of the most imposing physical specimens ever to compete in MMA, UFC heavyweight and French native Cheick Kongo appears straight out of central casting for a man you would not want to fight. His Atlas-like physique is not merely for show; Kongo is a skilled kickboxer with a long reach who, in recent fights, has increasingly exhibited the relentless and imposing takedown ability he is physically capable of.

As has frequently been the case with European fighters, Kongo’s freestyle wrestling has been his weakness, and led directly to three of his Octagon losses, in which Carmelo Marrero, Heath Herring and Cain Velasquez, respectively, outwrestled and outgrinded their way to decisions. If Kongo can turn his ground weakness into a strength he will be extremely difficult to beat. As a result, despite an up-and-down record he should not be overlooked as a possible future title holder.

Now sporting a dozen Octagon appearances beginning all the way back at UFC 61 in July 2006, Kongo can also rightfully be called an MMA veteran.

Kongo has left the UFC in May 2013 after suffering two quick knockout losses to heavy hitting opponents Mark Hunt and Roy Nelson with a decision win over Shawn Jordan sandwiched in between. Despite that Kongo has stated that he was not cut by the organization and that they parted ways on good terms. He has then followed his teammate Quinton "Rampage" Jackson to Bellator MMA where he would make his debut in October 2013.

In Bellator he has defeated the Englishman Mark Goodbeer via TKO and then the Australian Peter Graham via decision. He would face the undefeated Bellator Heavyweight Champion, the Russian Vitaly Minakov next but would lose a decision.

Unbeaten at Bellator since 06.2016 and his fight against Alexander Volkov won the decision.

On July 11, 2019, it was announced that Kongo will be facing Ryan Bader for the Bellator Heavyweight World Championship on September

7 at Bellator 226. The bout ended in a no contest at 3:52 of the first round after an accidental eye poke from Bader rendered Kongo unable to continue.

On 10.10.2020 he prepares to fight at the first Bellator in France against Timothy Johnson.