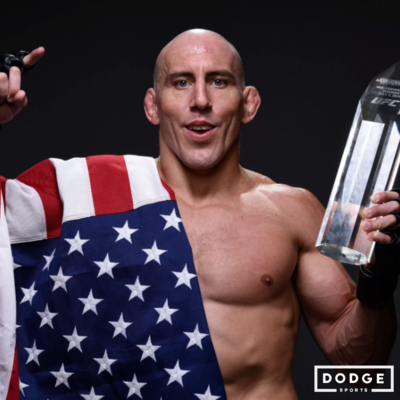 Fighting for a major organization has made Jesse Taylor ineligible for regional rankings.

Jesse “JT Money” Taylor is an American fighter who has a long MMA carrer. In 2008 Jesse begun to be well known when he was selected to be a participant on The Ultimate Fighter: Team Rampage vs. Team Forrest.  Taylor won by rear naked choke over Nick Rossborough to earn his spot in the house. Taylor was picked as 3rd place of Team Griffin by Forrest Griffin. In the 3nd episode Griffin selected Taylor to fight with Mike Dolce in the first fight of Preliminary Round and Taylor defeated Mike Dolce by submission RNC in round 2. In Quarter-finals Taylor won by UD over his partner in Team Griffin Dante Rivera. Altough Taylor defeated Tim Credeur via UD in semi-finals, White removed Taylor from the fight in the finale because Taylor was involved in a series of situations after the taping of the show that resulted in his removal, and C.B. Dollaway took his place on the final. After that Taylor lost with C.B. Dollaway Peruvian Necktie in round 1 on his UFC debut and he was released from UFC.

After UFC Jesse has been an important MMA Companies like Dream, Strikeforce, KSW. But it was on Cage Warriors where Jesse showed his best performances. Jesse was Champions in CW when he won over Chris Fields by Choke.

In 2014 Taylor was signed for an emerging MMA company like WSOF. Taylor was expected to face Elvis Mutapcic but the fight was canceled because the Commission discovered prohibitive prescription medicine in Mutapcic. In WSOF 7 both fighters faced and Taylor defeated Mutapcic by UD with a great performance.

Taylor is scheduled to fight against David Branch for the WSOF Middleweight Championship in WSOF 10.