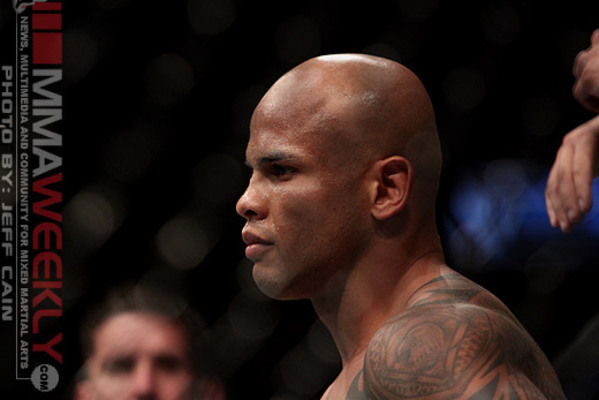 While Falcao is a Brazilian Jiu Jitsu black belt, he likes to trade strikes with his opponents more than anything. In his 31 wins he finished the fight with a TKO/KO 23 times but he was only able to finish his opponents 3 times via submission.

His only fight in the UFC was controversial for multiple reasons. Falcao stated after the fight that his opponent, Gerald Harris had tapped to his submission attempts repeatedly in the first and in the third round. At the end of the first round Falcao sunk in a rear naked choke on Harris but he wasn't able to finish it there since the round was stopped premature for about 5 or 6 seconds.

Falcao was released from the UFC on May 11, the reason wasn't clear but many sources reported that it had to do with assault charges in Brazil, it also was reported that Falcao suffers from a heart failure and might not be able to come back.

However, Falcao returned on the local circuit in Brazil, before he signed a deal with Bellator. He fought his way thru the season 6 tournament and won the finals against Andreas Spang. Falcao is now expected to meet Alexander Shlemenko in a fight for the Bellator middleweight championship.