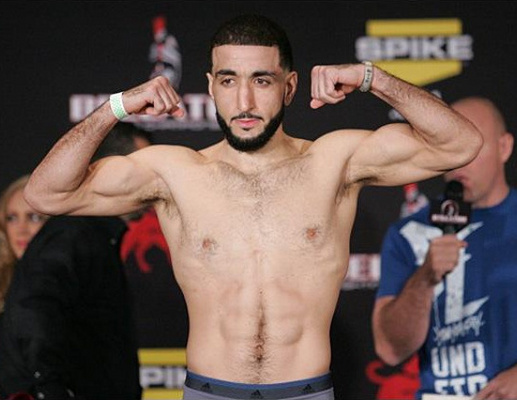 Fighting for a major organization has made Belal Muhammad ineligible for regional rankings.

Belal Muhammad was born on July 9, 1988, to palestinian parents; in Chicago, Illinois, United States. He is a Palestinian-American mixed martial artist who is currently competing in the UFC welterweight division.

Muhammad has been professionally fighting since 2012 and has put together a 21-3 record (12-3 UFC). He has also competed for Bellator and Titan FC, having won the title for Welterweight Championship in 2016, for the last mentioned promotion.

Muhammad is an outspoken supporter of Palestine. He displays the Palestinian flag during his octagon entrance and post-fight results.  Muhammad is a Muslim and, for some of his bouts, had already fought during Ramadan, whilst keeping his ritual of fasting. While most of the Muslim fighters don't compete during the holy month, Muhammad feels he can use the challenges of fasting during Ramadan to gain a mental edge that helps him elevate his game and overcome anything inside the cage.

Muhammad made his UFC debut in 2016, where he lost to Alan Jouban in his debut via decision on UFC Fight Night: Dos Anjos vs Alvarez. That fight received Fight of the Night honors. He got his first UFC win in his next match against Augusto Montano.
He has only lost 3 UFC fights. Along with the loss to Jouban, he has lost to Vicente Luque and Geoff Neal, fellow top fifteen fighters. He has beaten the likes of Randy Brown, Tim Means, Lyman Good, Dhiego Lima, Stephen Thompson, Demian Maia and others.

Muhammad faced Leon Edwards on March 13, 2021 at UFC Fight Night 187. During the second round, Edwards poked Muhammad in the eye rendering him unable to continue. The fight was declared a no contest.

Muhammad faced Demian Maia on June 12, 2021 at UFC 263. Despite Maia not taking a huge amount of damage, he was still absorbing most of the punches thrown by Muhammad and that was ultimately the difference in the fight. Muhammad won the fight via unanimous decision.

Muhammad faced Stephen Thompson on December 18, 2021 at UFC Fight Night: Lewis vs. Daukaus. Unable to stop Muhammad’s takedowns, Thompson was dominated over the course of 15 minutes, losing all three rounds with one judge even scoring two 10-8s against Thompson. Muhammad won the bout via unanimous decision.


Muhammad's last fight was against Vicente Luque at UFC Vegas 51, on April 16, 2022. He won via unanimous decision in the five round bout, extending his undefeated streak to seven wins, as he successfully avenged his loss suffered to Luque, 6 years ago.