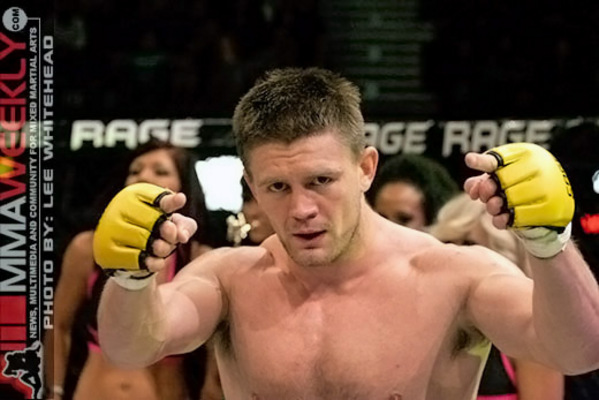 Tom Watson is ineligible for regional rankings due to inactivity.
Fighters must have at least one completed MMA bout in the past two years to be ranked.

Tom Watson began training in boxing at 16 years old and won an Amateur Boxing Standout 2006 award as well as a three-time ABA Southern Counties Champion. Watson now also holds a purple belt in Brazilian Jiu Jitsu. He began his MMA Career in 2006. Watson would go on to win titles for UCMMA, MFC and BAMMA. He would successfully defend his BAMMA belt three times before getting the call up to the UFC.

He would drop a Split Decision to Brad Tavares in his first fight for the promotion. He would bounce back with a win over Stanislav Nedkov finishing him in the second round to earn Knockout of the Night as well as Fight of the Night bonuses. He would fall into a slump after that win dropping two straight by decision to Thales Leites and Nick Catone. He would get back on track with a decision over Sam Alvey at UFC Fight Night 47.