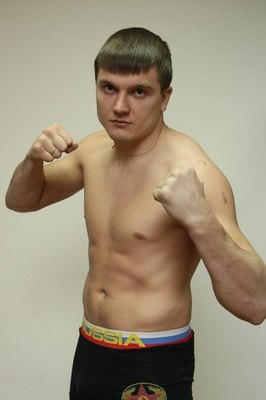 Michail Tsarev is one of a number of Russian fighters that has been recently signed to Bellator. He trains out of Rusfighters Sports Club along with a number of other top Russian prospects. He is a Russian Master of Sport in Hand to Hand combat. His specialty is Brazillian Jiu Jitsu which he used to win 19 of his 24 fights by submission. 14 of those wins came in the first round. He also has 9 wins via armbar. His first 25 fights were all contested in Russia but his only opponent of note was Kyacey Uscola who he submitted with a triangle choke in his last fight in Russia. After that win, he was signed by Bellator.

Tsarev made his Bellator debut in the Season 7 Welterweighter tournament against fellow debuter Tim Welch. Their fight was dictated by continual takedown and submission attempts from Tsarev. An illegal upkick from Tsarev in the first caused a brief halt in the action. Welch successfully defended until the second round when he succumbed to a rear naked choke at 1:57. This win advanced Tsarev to the semifinals of the tournament. His next fight was at Bellator 78 against Lyman Good, which he lost via a TKO in the second round. He returned in January 2013 to participate in Bellator's Season 8 Welterweight tournament.