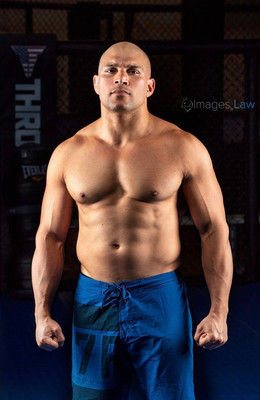 Hayder Hassan was a competitor on The Ultimate Fighter: American Top Team vs. Blackzilians, the show's 21st installment.  Hassan represented American Top Team and managed to score the first win of the season for his team in stopping Blackzilians' Andrews Nakahara.  The victory broke ATT's four-fight losing streak.  In his next TUF bout, Hassan was picked to fight in the eighth bout of the season, taking on Felipe Portela, who Hassan defeated in his last bout before entering the competition.  Hassan believed that this would give him a mental edge, and he defeated Portela in the rematch as well.  This win put Hassan as the first fighter to have two wins in the competition, giving ATT a chance at coming back to win.  By episode 12, after ATT's major comeback and evening the score with the Blackzilians, Hassan was selected to "bring it home" for ATT.  Hassan faced Blackzilians' Vicente Luque, defeating him by split decision and earning his spot in the TUF finale against Kamaru Usman.