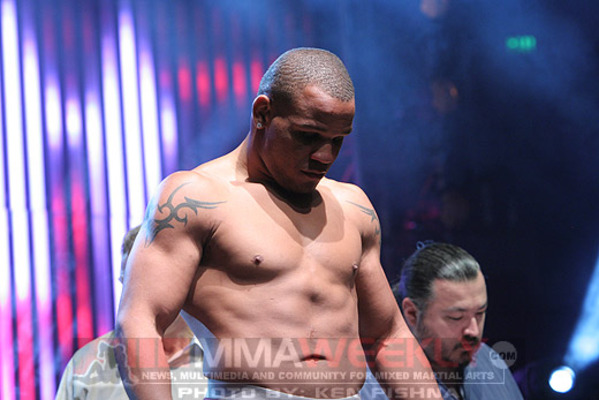 Terry Martin is ineligible for regional rankings due to inactivity.
Fighters must have at least one completed MMA bout in the past two years to be ranked.

Growing up in a bad neighborhood on the south side of Chicago, Illinois, Terry Martin turned to fighting after nearly dying in a drive-by shooting at the age of 15. Beginning his professional career in 2003, Martin went on a ten-fight winning streak, defeating UFC fighter Chael Sonnen along the way, prior to his UFC debut in 2005. Although he lost his first two fights in the UFC by knockout, Martin would put together two of the best knockouts of 2007 when he defeated Jorge Rivera and Ivan Salaverry inside the Octagon.

The tough and relentless Martin is the definition of a banger. The majority of his wins have come by knockout, and the majority of his losses have come by knockout. Once considered to be a promising young prospect in the middleweight division, Martin was cut from the UFC, and later Strikeforce, due to some spotty performances. If he improves his all-around game Martin could be back in the Octagon for more highlight-reel knockouts soon enough.