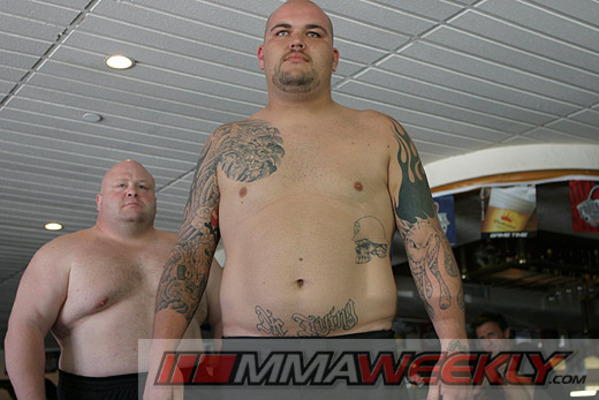 Wesley Correira is ineligible for regional rankings due to inactivity.
Fighters must have at least one completed MMA bout in the past two years to be ranked.

Wesley "Cabbage" Correira began his professional MMA career with three straight losses, but during his best run--from 2001-2003--he defeated some of the most well-known heavyweights in the world at the time, including Travis Wiuff, Jason Lambert, Tank Abbott, and Justin Eilers, along with lighter fighters such as Joe Riggs. Although he has lost many fights by way of TKO, Correira was once known for his ability to withstand damage without giving in, as he has never been knocked out cold.