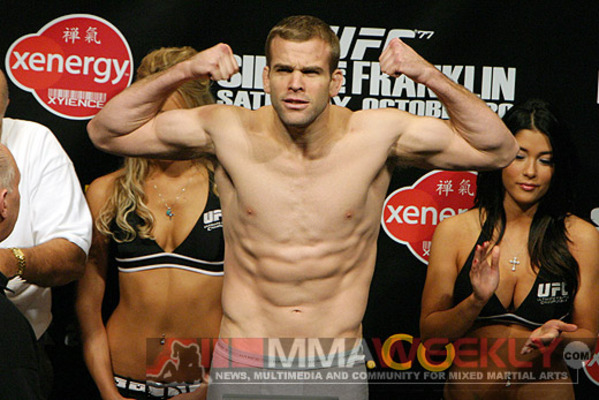 Ryan Jensen is ineligible for regional rankings due to inactivity.
Fighters must have at least one completed MMA bout in the past two years to be ranked.

After making his professional debut in 1997, Ryan Jensen racked up an impressive 11-1 record prior to joining the UFC in 2007. Jensen has faced an up-and-down road since then. He was defeated by Thales Leites and Demian Maia in his first stint with the promotion. Let go by Dana White & Co., Jensen battled his way back into the UFC in 2008 with solid performances on smaller cards, and then got his first Octagon win under his belt. However, he was also finished by Wilson Gouveia and Mark Munoz during his second run.

A skilled fighter with loads of potential, Jensen has gotten ahead of himself when the fight has hit the mat, as he has been submitted in nearly all of his career losses, including in fights that he was dominating.