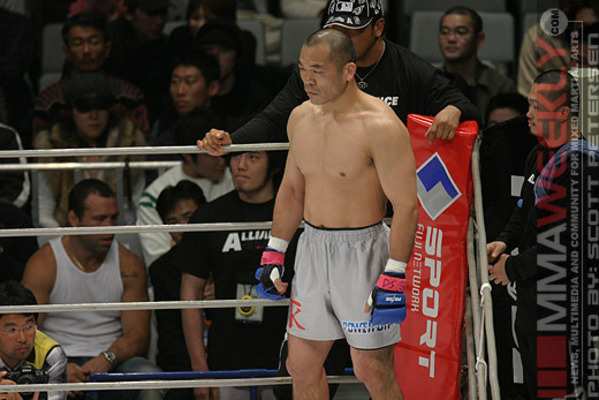 Fighting for a major organization has made Tsuyoshi Kosaka ineligible for regional rankings.

Kosaka has fought in notable promotions such as RINGS, UFC, and Pancrase as a heavyweight. He is a 4th degree black belt in Judo. He was the first man to defeat Fedor Emelianenko, though the validity of the victory is debated by fans due to the circumstances of the fight. Kosaka cut Fedor with an illegal elbow but since the bout was part of a tournament the bout needed a winner so Kosaka was declared the victor due to doctor stoppage. The 2 later rematched in a fight that was easily won by Emelianenko. He has fought a plethora of other notable fighters including Maurice Smith, Volk Han, Frank Shamrock, Kimo Leopoldo, Bas Rutten, Gilbert Yvel, Pedro Rizzo, Rodrigo Noguiera, Randy Couture, Renato Sobral, and Mark Hunt.

Kosaka was known for his great guard and has been credited by Frank Shamrock and Maurice Smith for helping to vastly improve their own guards.

He now owns and operates his own dojo in Japan where he trains his Alliance-Square team.