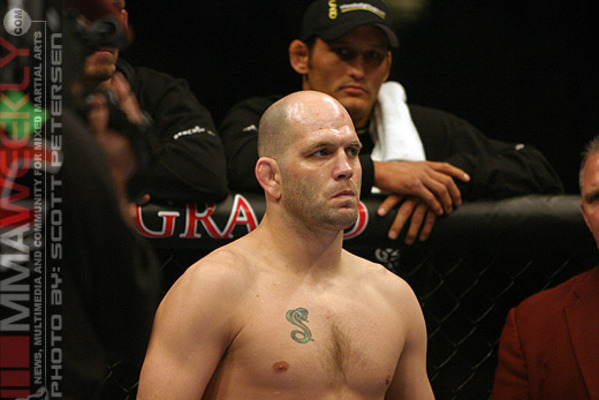 Matt Lindland is ineligible for regional rankings due to inactivity.
Fighters must have at least one completed MMA bout in the past two years to be ranked.

Matt Lindland was a decorated Greco-Roman wrestler long before he competed in professional mixed martial arts, having been an All American for the University of Nebraska prior to winning a silver medal at the 2000 Olympic Games. Lindland began fighting in mixed martial arts in 1997, training with other Greco-Roman wrestlers such as Randy Couture and Dan Henderson out of Team Quest in Portland, Oregon.

Throughout his lengthy career, Lindland has fought and defeated some of the best fighters in the middleweight and light heavyweight divisions, counting the likes of Phil Baroni, Pat Miletich, and Carlos Newton on his official victims list. In addition to those wins, Lindland has competed against Quinton “Rampage” Jackson, losing a razor-thin Split Decision in 2006, and he has also tangled with heavyweight king Fedor Emelianenko above his natural weight class.

Lindland’s unremarkable physique belies the extraordinary strength and base that only a lifetime of top-flight wrestling competition can impart. Plan A for Lindland is always to take opponents to the canvas and maul them from whatever top position happens to be available. It has proven an effective approach time and again. Apart from his MMA career, Lindland is a dedicated politician who ran as a Republican for the Oregon House of Representatives in 2008. Lindland was defeated in the general election after his opponent ran a negative campaign against him that focused on his fighting career.