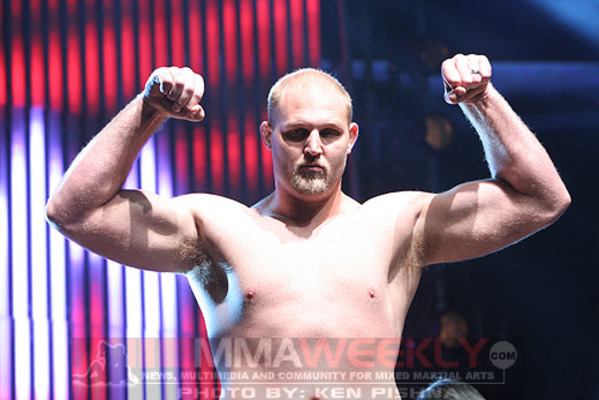 Fighting for a major organization has made Ben Rothwell ineligible for regional rankings.

Ben Rothwell, who trains under Pat Miletich and Duke Roufus, began fighting professionally at the age of 17 in 2001. Having competed predominantly on the Midwestern circuit in the United States for much of his career, Rothwell holds notable career victories over Roy Nelson, Ricco Rodriguez, and Krzysztof Soszynski, all of which came during his undefeated run with the now-defunct International Fight League from 2006-2007. Rothwell made his UFC debut in 2009, losing by TKO in the second round to heavyweight contender Cain Velasquez.

One of the larger heavyweights in the division, Rothwell uses his impressive height (6’4”) and reach (80”) to pepper his opponents from range before looking for a knockout or wearing them down to the ground in search of a submission. Rothwell has finished the vast majority of his fights inside of the distance.

Rothwell would alternate wins and losses in his next five fights picking up wins over Gilbert Yvel, Brendan Schaub and Brandon Vera but dropping bouts to Mark Hunt and Gabriel Gonzaga. After his win over Vera he would make it 2 straight when he pulled off a big upset over Alistair Overeem finishing him by TKO in the very first round earning a performance of the night bonus.

At UFC Fight Night 68: Boetsch vs. Henderson, Rothwell faced Matt Mitrione. Mitrione came out very aggressive, even opting to not touch gloves with Rothwell. Mitrione shot for an early takedown, which Rothwell stuffed, before sinking in a guillotine choke, which forced Mitrione to tap at 1:54 in Round 1.