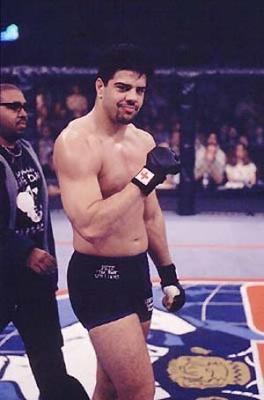 Pete Williams is ineligible for regional rankings due to inactivity.
Fighters must have at least one completed MMA bout in the past two years to be ranked.

Pete Williams was one of the most well known fighters in the world between the years of 1998-1999 thanks to a successful stint inside the UFC which saw him defeat opponents such as Mark Coleman, Travis Fulton & Jason Godsey. Training out of the lions den, Williams is known to more common fans for being the first man to win a fight in the UFC by head kick which he accomplished when he fought Mark Coleman at UFC 17. Williams went 3-2 in his first stint in the UFC before going to fight in King of the Cage before returning to the UFC. Unfortunately Williams did not make the same impact this time as he went 0-3 loosing to Semmy Schilt (TKO), Ricco Rodriguez (TKO) & Frank Mir (submission), who tapped Williams with an inside shoulder lock which has been coined as the "Mir lock". Williams has not fought since.