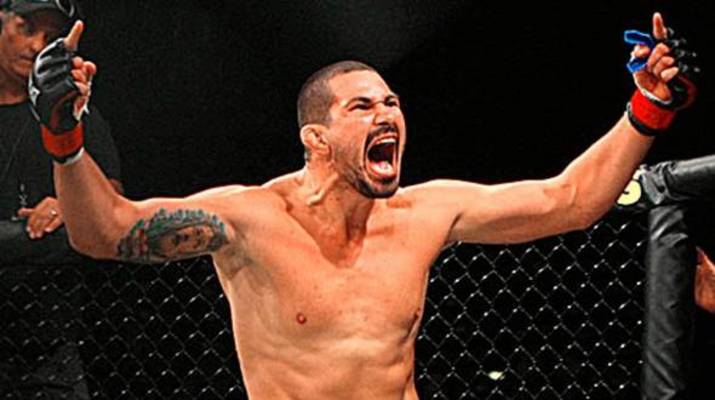 Attila Vegh, a Slovak-born Hungarian, was born on August 9, 1985 in Dunajska Streda, Slovakia. He started wrestling from age 5 up until the age of 15 when he switched to Kenpo Karate. He became a successful karate practitioner and won a number of titles including one world title, one European title and won the Hungarian karate championships in his division for 14 times.

Vegh had his first pro MMA bout in Slovakia and went undefeated for his first 9 pro MMA fights. He would compile a record of 24-4-2 fighting all over eastern Europe, which would include advancing to the KSW Light Heavyweight Tournament semi-finals.

In 2011, Vegh would sign with Bellator MMA and would defeat Dan Spohn by split decision in his Bellator debut. After the debut win, Vegh was entered into the 2012 Bellator Summer Series Light Heavyweight Tournament. He would defeat Zelg Galesic by 1st round rear naked choke in the tournament quarterfinals. In the semifinals, Vegh would face Emanuel Newton in a hotly contested bout that ended a split decision win and would be matched with Travis Wiuff for the chance to face current Bellator Light Heavyweight champion, Christian M'Pumbu. Vegh would knock out Wiuff 25 seconds into the fight, sealing his title shot.

At Bellator 91, Vegh and M'Pumbu would square off for the Bellator Light Heavyweight belt. Even though the fight was relatively lacking tenacity and aggression, Vegh was able to knock M'Pumbu down on several occasions while imposing in ground game en route to a unanimous decision victory, making Vegh only the 2nd fighter to hold Bellator Light Heavyweight Championship. Vegh however would be unable to defend his belt as he lost a split decision in a rematch against Emanuel Newton.