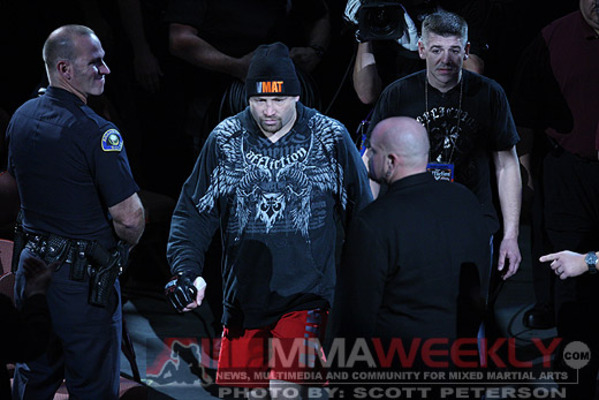 Vladimir Matyushenko is ineligible for regional rankings due to inactivity.
Fighters must have at least one completed MMA bout in the past two years to be ranked.

A gifted freestyle wrestler, Vladimir Matyushenko has long been considered one of the best light heavyweight fighters in the world, but he has yet to break out among casual fans due to his conservative, efficient fighting style. Since turning professional in 1997, Matyushenko has fought for many of the top MMA promotions in the world, including the IFL, Affliction, and the UFC, and has defeated the likes of Vernon White, Antonio Rogerio Nogueira, Pedro Rizzo, and Travis Wiuff during his career. He is highly durable and highly seasoned. Matyushenko was the first and only IFL Light Heavyweight Champion during his 2007-2008 run with the now-defunct organization. In Matyushenko's first UFC headlining bout he was stopped by Jon "Bones" Jones, a fighter few others were interested in facing, in the main event at the UFC on Versus II.

Matyushenko would go 2-2 in his next four fights with wins over Alexandre Ferreira and Jason Brilz while dropping the next two to Alexander Gustafsson and Ryan Bader leading to his cut from the promotion. He would go on to fight for Bellator defeating Houston Alexander in his first match. He is now scheduled to face Joey Beltran and has announced this will be his last fight regardless of the outcome.