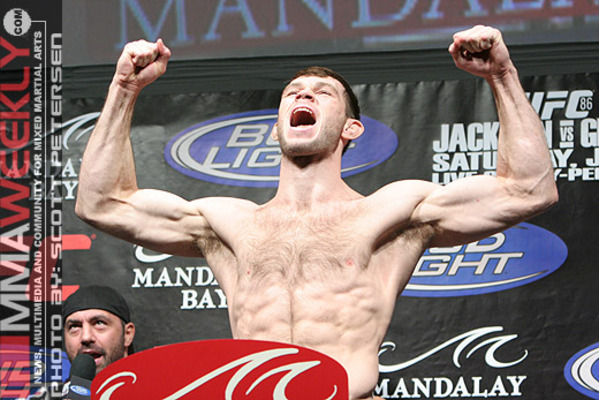 Forrest Griffin is ineligible for regional rankings due to inactivity.
Fighters must have at least one completed MMA bout in the past two years to be ranked.

Easily one of the most charismatic and fan-friendly fighters in the sport today, Forrest Griffin made his professional debut in 2001, losing a lopsided Unanimous Decision to future UFC Hall of Famer Dan Severn. Griffin bounced back with an eight-fight winning streak, defeating notable fighters Jeff Monson, Travis Fulton, and Chael Sonnen in the process. His big break would not come until 2005, when he fought in and won the debut season of the UFC’s popular reality show “The Ultimate Fighter.” Griffin’s three-round war with Stephan Bonnar in the live, Spike TV-televised finale is widely considered the most important fight in MMA history, having done more than any other fight to spark mainstream fan interest in a sport that was still on the fringe of the sporting world at the time.

While he is not known for his knockout power or his physical strength, Griffin remains one of the best light heavyweight fighters in the world because of a unique combination of technical striking, grappling skill, and extraordinary physical and mental tenacity. Those traits propelled him to the biggest back-to-back victories of his career when he submitted Mauricio Rua at UFC 76 in 2007 and then took the UFC Light Heavyweight Championship the next year with a Unanimous Decision victory over Quinton Jackson at UFC 86. He would then lose the title to Rashad Evans and that was followed up by a loss to Middleweight Champion Anderson Silva who stepped up in weight to fight him. He would bounce back with decision victories over Tito Ortiz and Rich Franklin before losing a rematch to Mauricio Rua. He would fight Tito Ortiz one more time and walk away with the Unanimous Decision victory. It would end up being his last fight in the UFC as he announced his retirement on May 25th 2013.

Episode 9 Griffin def. Alex Schoenauer by Submission Strikes at 1:20 of Round 1