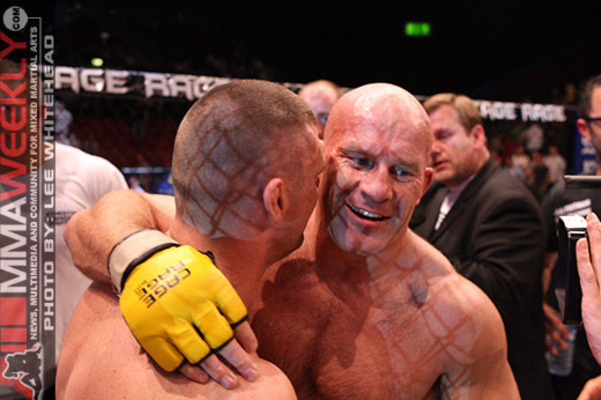 Ian Freeman is ineligible for regional rankings due to inactivity.
Fighters must have at least one completed MMA bout in the past two years to be ranked.

Ian Freeman was born on the 10th of october 1966 in Sunderland in the north east of england. He was introduced to boxing by his father who had been an ABA champion.
Ian had his first official mma fight against Tony Bailey on the 27th june 1999, which he won by submission. He is a former Cage Rage heavyweight champion, and the last man to hold the light heavyweight title. Ian freeman's biggest win of his career came against future ufc champion Frank Mir, UFC 38 brawl at the hall 13 july 2002. Mir was a young highly touted fighter and a massive favourite for the fight. In the first round Mir went for a leg lock leaving him unable to  protect his head, Freeman proceeded to reign punches down on Mir's face until the referee stopped the fight.
Ian Freeman also co-hosted UK game show Britain's hardest man with Ross Kemp.
On the 27th July 2013 Freeman made a return to mma, at UCFC Legends of mma to face former UFC heavyweight champion Ricco Rodriguez at Doncaster's Keepmoat stadium. Freeman won in the first round with a combination of leg kicks and ground and pound. His original opponent was to be Ken Shamrock  who pulled out a few weeks before the fight sighting a contract dispute.
Freeman's mma record: 27 fights 20 wins 7 defeats, 9 wins by ko, 7 by submission. Ian Freeman is a legend and pioneer of UK mixed martial arts.