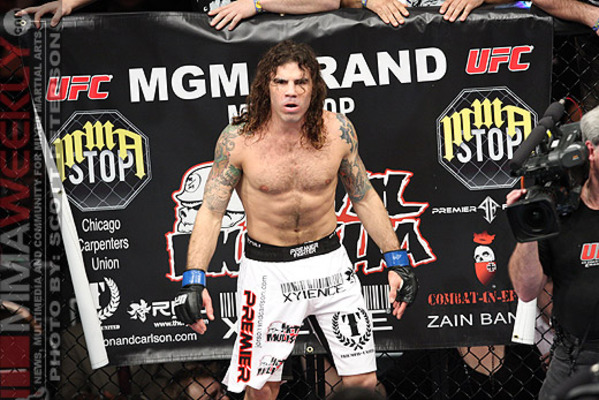 Fighting for a major organization has made Clay Guida ineligible for regional rankings.

Since making his professional MMA debut in 2003, Clay Guida has kept up an exceedingly busy fight schedule, often competing more than five times per year and boasting a professional record of close to forty fights. While he found early success with his wrestling and submission ability, which propelled him to wins over Bart Palaszewski and Josh Thomson, whom he took the Strikeforce Lightweight Championship from, Guida has evolved into a well rounded lightweight since debuting for the UFC in 2006. During his stay with the UFC, Guida has defeated some of the best lightweights in the world, including Marcus Aurelio, Mac Danzig, and Nate Diaz, and he has won more Fight of the Night and Submission of the Night honors than most fighters will ever be involved with.

Although he has come up short against some of the top fighters in his division—such as Kenny Florian, Diego Sanchez, Tyson Griffin, and Roger Huerta—Guida remains a mainstay near the top of the UFC lightweight division due almost exclusively to his sheer aggression, endless gas tank, and grappling prowess. It is safe to say most fighters do not look forward to a fight with Clay Guida. The classic image of Guida is in the midst of frenzied combat, biting down on his mouthpiece, his trademark tangle of hair soaked with sweat and hanging in his eyes while he works for another win with relentless wrestling and Ground-and-Pound. Guida utilizes his suffocating top game to both frustrate and wear out his opponents before attempting to grind out a decision or search for a submission late in the fight. Above all, it is clear from watching Clay Guida that he simply loves to fight.