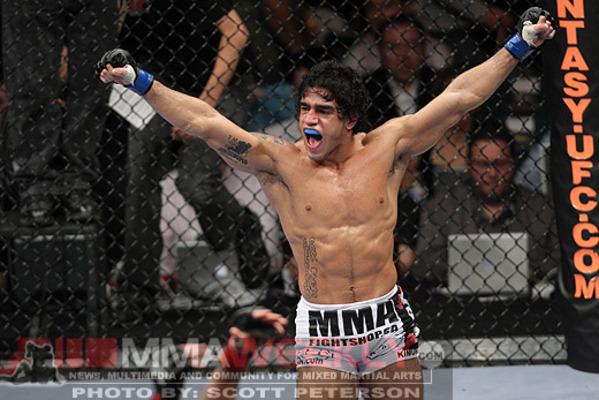 Thiago Tavares began training Judo when he was only 5 years old and began his Jiu Jitsu training at 9 years old. Tavares is now a black belt in Jiu Jitsu. He began his MMA career in 2003 winning ten straight fights winning multiple titles in Brazil organizations. After the win streak he was signed to the UFC. He has had an up and down career for the promotion but holds notable wins over Manny Gamburyan, Michihiro Omigawa, Spencer Fisher, Sam Stout, and Justin Salas.

Tavares picked up his most recent win at UFC Fight Night 47 with a Performance of the Night win over Robbie Peralta. He was able to sink in a Rear Naked Choke in the very first round to win his second straight fight.