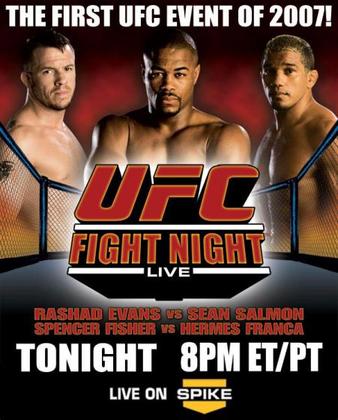 Continuing in the tradition set by previous Ultimate Fight Night cards, the eighth entry into the series featured a winner of The Ultimate Fighter, this time Rashad Evans from Season 2, in the main event. Although Evans had won the heavyweight tournament on TUF, his main event fight against Sean Salmon marked his fourth fight at light heavyweight for the promotion.

After grinding out what many fans felt were boring decision victories over Brad Imes, Sam Hoger, and Stephan Bonnar, Evans followed-up his TKO victory over Jason Lambert with a brutal head kick knockout of Salmon in the second round.