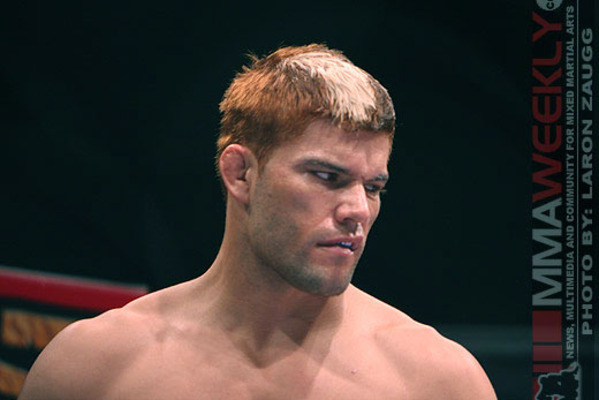 Josh Thomson is ineligible for regional rankings due to inactivity.
Fighters must have at least one completed MMA bout in the past two years to be ranked.

Josh Thomson made his professional debut in 2001, quickly running his professional record to an undefeated 7-0 with one No Contest, with notable wins over Hermes Franca and Rob McCullough in the process. "The Punk" was knocked out in emphatic fashion in a 2004 fight with Yves Edwards in the UFC, but came back strong to win the Strikeforce Lightweight Championship in 2008, defeating favorite Gilbert Melendez in a tough five-round decision. Although he would lose the rematch in 2009, Thomson is still considered to be one of the best lightweights in Strikeforce and is a respected striker in the division worldwide.

Although he does not have a high percentage of knockouts, Thomson is known for his technical striking. He relies on accurate punching, kicking, and counter-striking to wear opponents down until he can move in for the kill.

Thomson would rack up wins over Pat Healy, Gesias Cavalcante and KJ Noons before fighting Melendez for a third time. He would lose a close split decision this time around. Thomson will now be returning to the UFC stage where he hasn't fought since 2004. He would square off against Nate Diaz at UFC on Fox 7. He would finish the fight in spectacular fashion rocking Diaz with a head kick and finishing him off with punches for Nate's first TKO loss in his career. Thomson would also win Knockout of the Night in his UFC debut. In his next fight he would take on the former champ in Benson Henderson at the Main Event of UFC on Fox 10. He would be on the losing end of a very close Split Decision call.

Affliction produced this video interview and highlight package of fighter Josh Thomson, in which he speaks about his introduction to the sport and training partners.