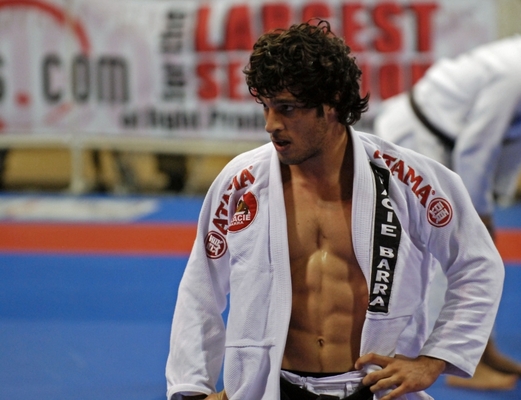 Gregor Gracie is ineligible for regional rankings due to inactivity.
Fighters must have at least one completed MMA bout in the past two years to be ranked.

“Gregor Gracie” is not his real name, though Gregor grew up with the Gracie family and both his older brothers are Gracie’s, as such the name has always been attached to Gregor.

Gregor Gracie was born on December 26th, 1985, he is the son of Angela (widow of Rolls Gracie) and brother to Igor and Rolles Gracie (both sons of Rolls). Gregor grew up very much in contact with the Gracie family and soon began his training which he took mainly with Rilion and Carlos Gracie Junior.

Even though Gregor was naturally talented, he did not take BJJ too seriously when growing up, it was only as he reached the purple belt that he decided to follow the career of his older brothers and live off Jiu-Jitsu. He divided most of his time between Rio de Janeiro (where his mother lives) and New York where his brothers established themselves, training at Gracie Barra in Rio while when in the Big Apple he would stay at Renzo Gracie Academy.

Already a very successful grappler, Gregor spent some time helping Renzo Gracie’s IFL team in preparation for their MMA tournament. After feeling how he paired up against some of the MMA’s best in everyday training, Gregor decided to take his chance in MMA. His premiere happened in 2007 with a submission victory over Josh Lydell, a pro career that ended with a 7-4-0 record.

This adopted Gracie has also successfully entered the world of fashion, having modeled for high profile campaigns such as the Marc Jacobs swimwear advert.