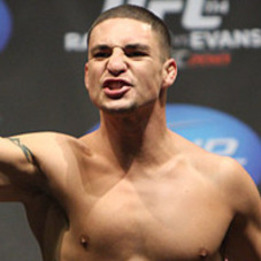 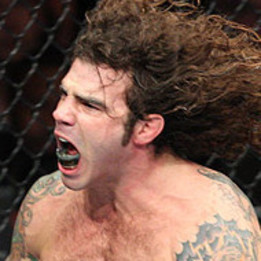 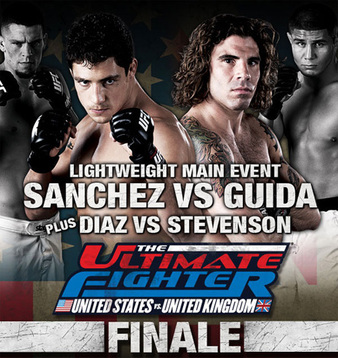 After dropping to 155 lbs. following losses to some of the top welterweights in the world, many thought it would be smooth sailing for Diego Sanchez en route to a lightweight title shot. That was, until he came face to face with the equally high-adrenaline Clay Guida in the main event of The Ultimate Fighter 9 Finale in June of 2009. In the lead-up to the fight both fighters went over the top with their displays of machismo, posturing and glaring at one another at every opportunity. The ensuing blood bath would go on to win the World MMA Award for 2009 Fight of the Year.

"Clay is the perfect opponent for me to display my skills," Sanchez said prior to the fight. "He doesn't respect my abilities in the Octagon, and that's going to be his downfall." "I'm just going to run through him and get my title shot," Guida said. Guida entered the cage first, bouncing up and down, as energetic and pumped up as ever. Rogan: "He's one of those guys that you really root for. He works so hard and give 100% of himself every time he steps foot inside the Octagon." Sanchez entered next. Goldberg: "He's been staring at Clay Guida from outside of the Octagon and Guida's been eyeing him too. I've never seen this before."

The first round of the fight was one of the most intense and violent confrontations in Octagon history. Sanchez blitzed Guida against the cage with a flurry of strikes as "The Carpenter" looked to answer back. Midway through the round, Sanchez flattened Guida with a kick to the face, but Guida recovered and survived the rest of round one. Guida had more success in the second round, controlling Sanchez for much of the round on the mat, but Sanchez offered up potent offense from his back, hammering the top of his opponent's head with elbows. By this point, both combatants were streaked with blood. Sanchez again took charge to start the third, landing the crisper punches on the feet before Guida shot in for the takedown near the end of the round, ending in dominant position and escaping several of Sanchez's submission attempts. Goldberg: "The big question is did Diego Sanchez earn himself a 10-8 round."

The decision was a split for Sanchez, who did more damage, but Guida controlled a good deal of the action and the result was far from a foregone conclusion. It was an epic confrontation that could one day happen again.