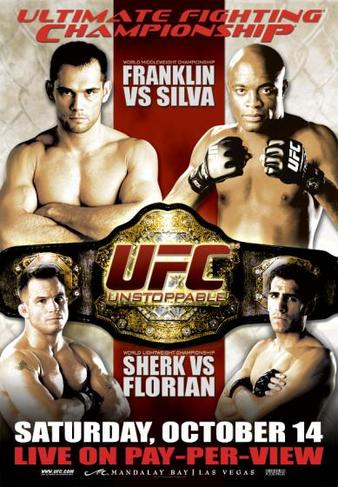 Although it failed to produce the same level of business that recent events had, the main event of UFC 64 between Middleweight Champion Rich Franklin and top contender Anderson Silva would go down as one of the most shocking title wins in UFC history. Silva, largely unheralded among North American UFC fans, walked through the dominant champion, knocking him out with a series of vicious knees to take the belt in the first round.

Silva would go on to defend the title for the next several years, becoming the longest-reigning UFC champion in history and solidifying his legacy as one of the best of all time. In the co-main event, Sean Sherk took the Vacant UFC Lightweight Championship by dominating a still-green Kenny Florian over the course of five bloody rounds.