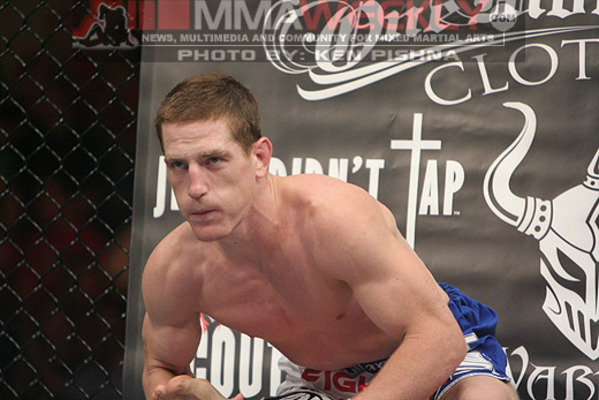 Mac Danzig is ineligible for regional rankings due to inactivity.
Fighters must have at least one completed MMA bout in the past two years to be ranked.

One of the more experienced lightweights in the UFC, Mac Danzig made his professional debut in 2001 and has fought for KOTC, Pride FC, and the UFC throughout his long career. The first notable achievement of Danzig’s career came in 2005, when he won the KOTC Lightweight Championship and defended it four times. Following a loss to the larger Hayato Sakurai at Pride 33, Danzig was invited to compete in the welterweight tournament of The Ultimate Fighter 6, which he won, before debuting at 155 lbs. with a win over Canadian grappler Mark Bocek by submission.

Danzig experienced a three-fight losing streak from 2008-2009, but since then has gone 3-3 with losses to Matt Wiman and Takanori Gomi and wins over Justin Buchholz and fellow TUF winners Joe Stevenson and Efrain Escudero.

Outside of the cage, Danzig is a vegan and a dedicated animal activist, having appeared in several PETA ad campaigns during his UFC career.

On March 4, 2014, Danzig announced his retirement in a letter he released online. Among other things, Danzig cited concern over wear and tear, injuries and concussions suffered throughout his career as primary reasons for his retirement.