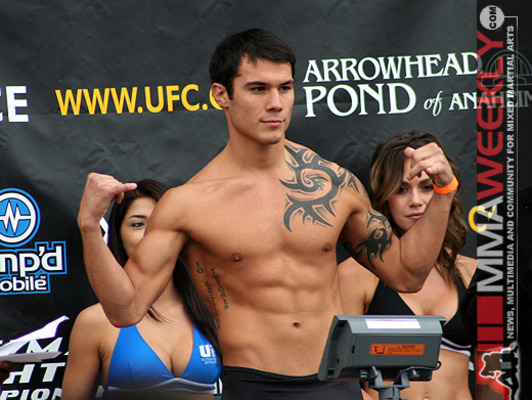 Fighting for a major organization has made Roger Huerta ineligible for regional rankings.

Roger Huerta began fighting professionally at the age of 20, winning his first four professional fights (excluding one No Contest) before being forced to verbally submit in a tournament final against Ryan Shultz in 2004 after suffering an injury.

Following the loss to Shultz, Huerta went on a remarkable 17-fight unbeaten streak, defeating the likes of Matt Wiman, Brad Blackburn, Leonard Garcia, and Clay Guida (via Rear Naked Choke) and establishing himself as one of the most popular lightweights in the UFC along the way. Although he lost his last two fights in the UFC, to top contenders Kenny Florian and Gray Maynard, respectively, Huerta is still a top flight lightweight. He became the highest-profile addition to the fledgling Bellator Fighting Championships when he signed an exclusive contract with them in the Spring of 2010.

Known for his toughness, durability, and confidence under pressure, Huerta first gained major mainstream recognition with his three-round war with Leonard Garcia at UFC 69 in 2007. Following the fight, Huerta became the first MMA fighter to be featured on the cover of Sports Illustrated Magazine. Although he has been criticized for his sometimes-reckless fighting style, Huerta remains a popular and respected force in the lightweight division and is extremely difficult to finish. Huerta is also pursuing an acting career, having appeared in several low-budget action films after leaving the UFC.